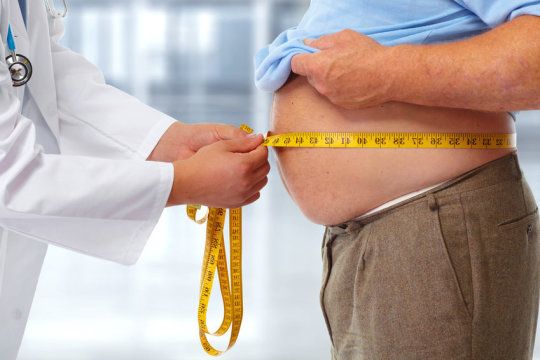 Obesity is fast becoming a worldwide threat with its increasing occurrence, even amongst children. The fact that obesity is linked to several other conditions makes it a bigger threat all around the world. Obesity occurs when a large proportion of the food taken is converted to fat rather than utilized in running everyday activities.

Research has shown that offsprings of obese persons have a higher tendency of becoming obese. So, genetics plays a role in obesity, although it hasn’t been clearly defined yet. The expression of genes, however, is based on environmental triggers, so the genes are subject to the lifestyle choices a person makes. Also from as part of inherited traits, obesity can also be as a result of a genetic condition such as such as Prader-Willi syndrome.

Unhealthy eating habits are major contributors to obesity. The prevalence of unhealthy eating habits is the reason why more kids are getting affected by obesity worldwide. The habits that can lead to obesity include pleasure eating, emotional eating, non-pragmatic eating, habitual eating, quick eating and the fasting and feasting style of eating. Fasting and feasting style of eating, for example, leads to the consumption of much more food than the body needs which leads to storage as fat.

Insulin is an important anabolic hormone. The duty of insulin is to reduce the blood sugar level by signaling the conversion glucose circulating in the blood to other storage molecules such as glycogen and fat. When insulin resistance occurs, the level of insulin in the blood is increased, and the body is inclined to storing food consumed as fat instead of allowing an appropriate amount to remain as glucose which is readily available for use. Some Western diets encourage insulin resistance.

From the leading causes outlined above, obesity can be prevented by lifestyle choice, since even the genes are triggered by environmental factors. The goal in preventing obesity that is the body does not store excess food as fat.